I was born in 1959, in the small city of Stryy, West Ukraine. My father was a professional musician, so the issue with the choice of education for my future profession has been resolved on its own, and I am very grateful to my parents (as it was still their choice), they just helped me to start music lessons on time. A child at the age of six is not able to make responsible decisions, while to start learning to play such a complex musical instrument as the violin, you have to do it exactly at this age. 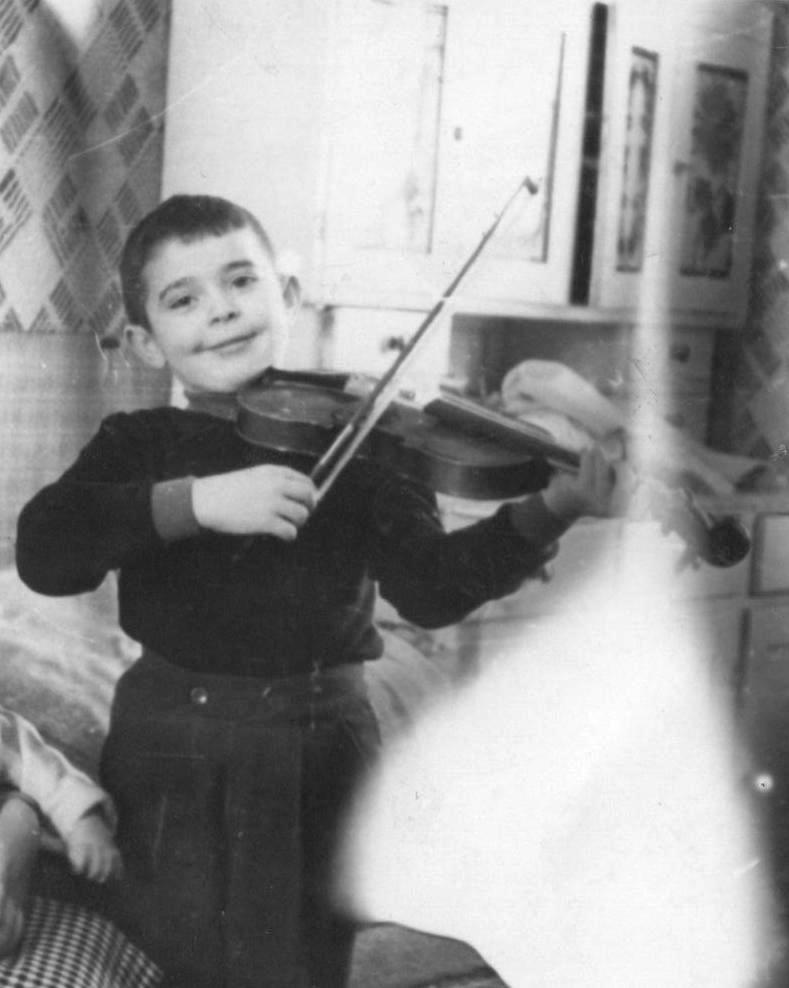 The first time I took the violin in my hands.

I remember how hard it was, not just from the beginning, but all the time. I rebelled several times, talked "in a serious way" to my parents to the effect that I wanted to leave the violin classes and that my friends at school and especially the neighborhood kids laughed at me, because I often couldn't get fun with them due to a lack of time. My parents applied "soft power", and I continued to attend two schools at the same time a regular and a music one.

And one day, I was then at the age of twelve or so, and a sixth-form student at regular school, I felt for the first time, while practicing my violin as usual, that it suddenly obeyed me, and the sounds I extracted out of it were not formal, but rather an exhibition and a reflection of my state of mind, of my soul, at the moment. The revelation that I can become one with my violin, before everything else, amazed and surprised me, sparked my interest and inspired me to continue my every-day exercises. 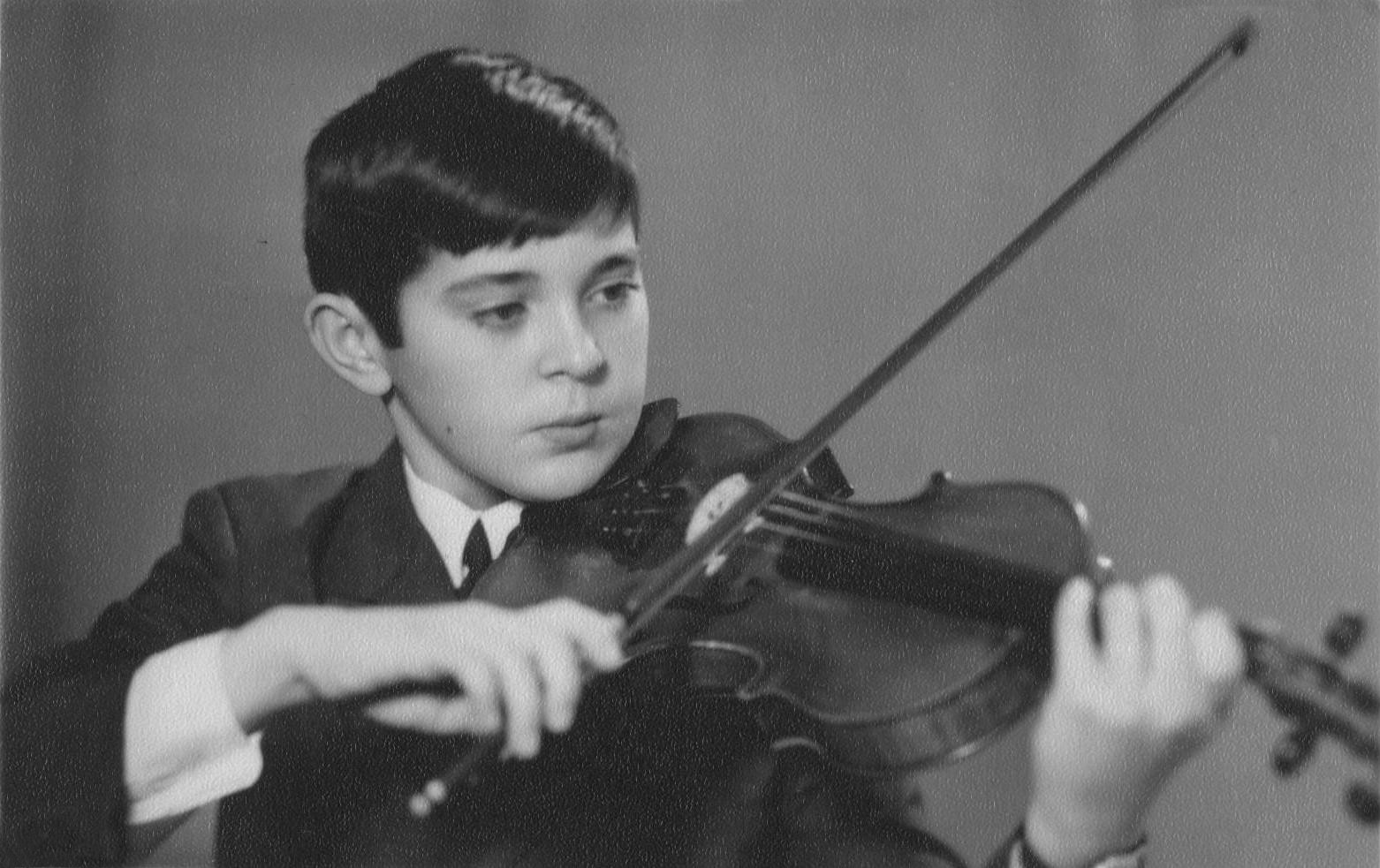 Student at Stryyska Music School No 1.

The last years of my studies at the music school became interesting. I gradually started playing in public at local concerts and even participated in a regional violin contest, where I was ranked second. The guy who took first place was clearly better than me, so I completely agreed with the judges' decision. Fifteen years later, by some quirk of fate, I encountered my rival again in a music competition, and this time I won and gained revenge, but that's another story. 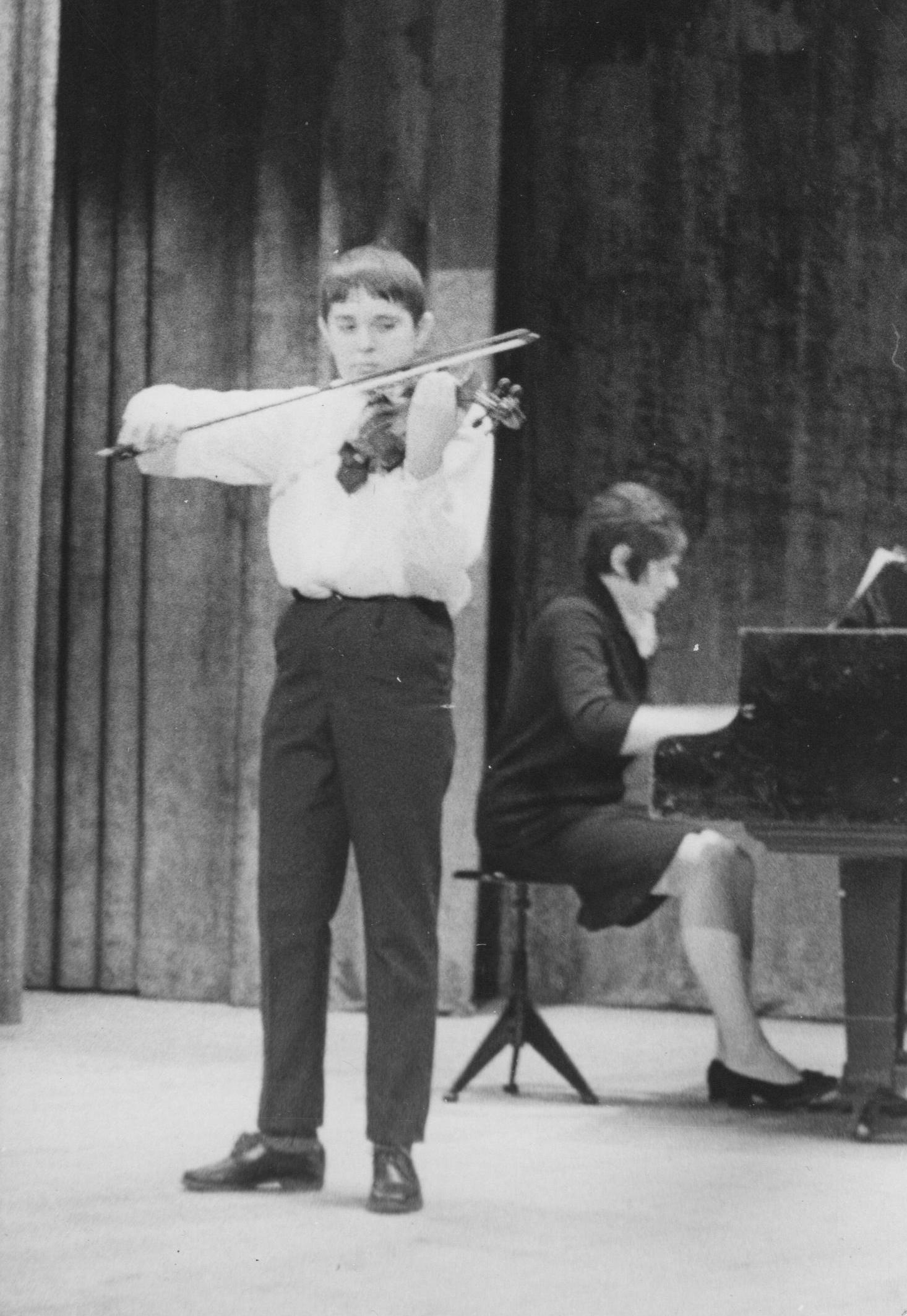 My appearance at regional violin competition.

After that, I went to study at the Music College and the Conservatory. During this time, I became keen on performing authentic folk music and I still continue to pursue this passion until now. While working with diverse bands, from independent to professional, I gained the necessary experience in the music world and decided that the time has come to be on my own. In 1997, I setup my own project, «The Musicians of Lviv», which has been existing for many years. In 1999, I recorded with those musicians two CDs. 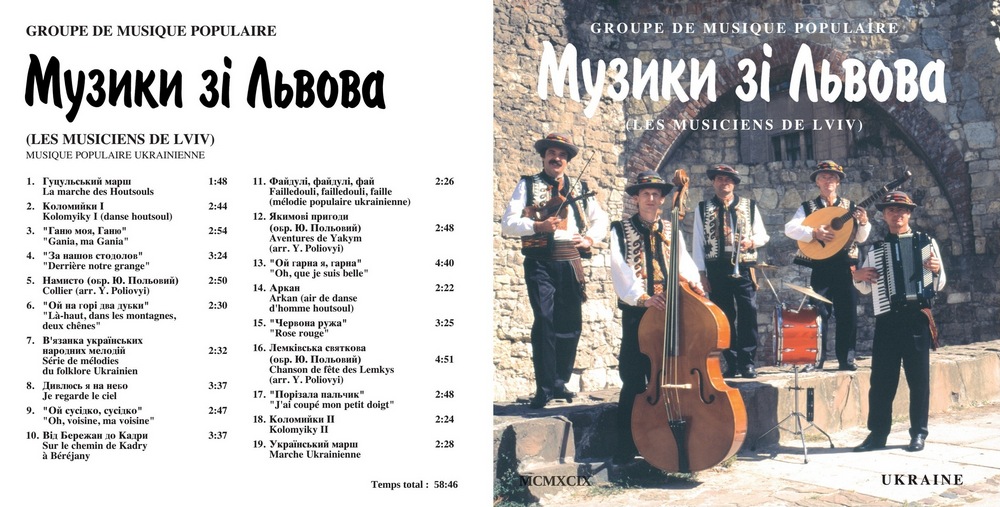 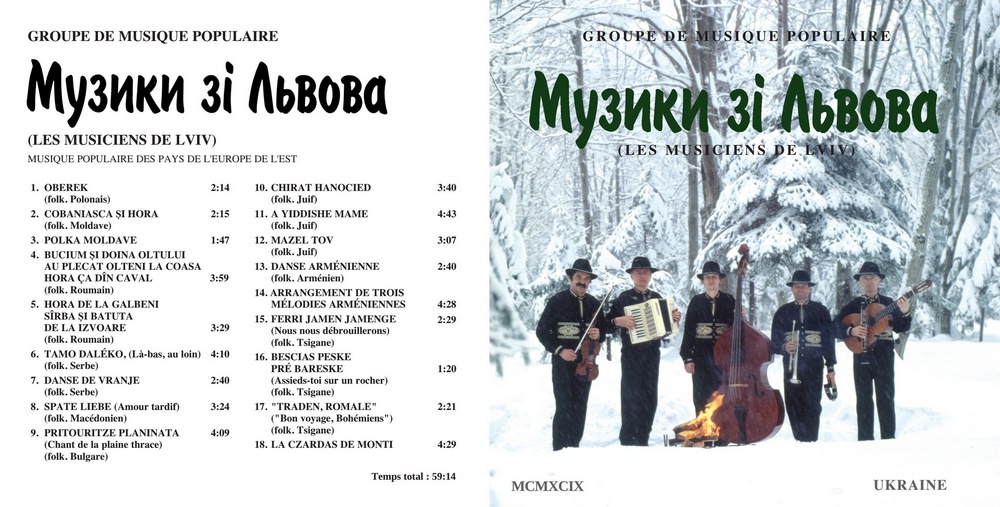 The project «The Musicians of Lviv» became well known worldwide. We were touring abroad a lot, especially to France. For some of musicians, it was a serious test, because of the intensity of daily work, unexpected changes, and the stress due to gained popularity, so that not everyone could withstand such difficulties and the band members have been permanently changing. All of this was not easy.

In the late '90s, in Paris, we met an attractive, lovely young woman, Aliona Antonova, a Parisian and a Russian actress, who many years later became my wife. But before this dream came true (at that time, I thought it was only a dream), we decided to create together a new project, «Slavic Cabaret». By permanently improving the group's lineup and enhancing the repertoire of our performances, we succeeded in recording two CDs, in 2004. That was a great deal for our project. 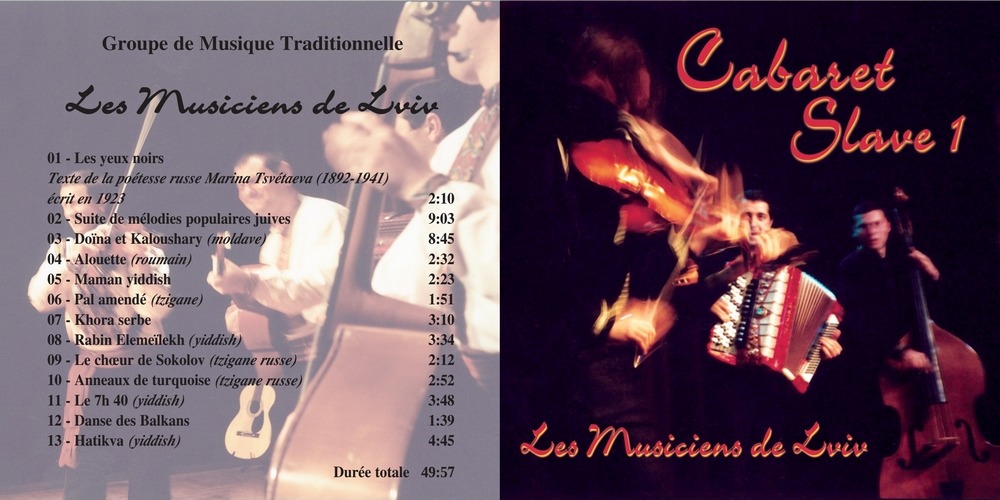 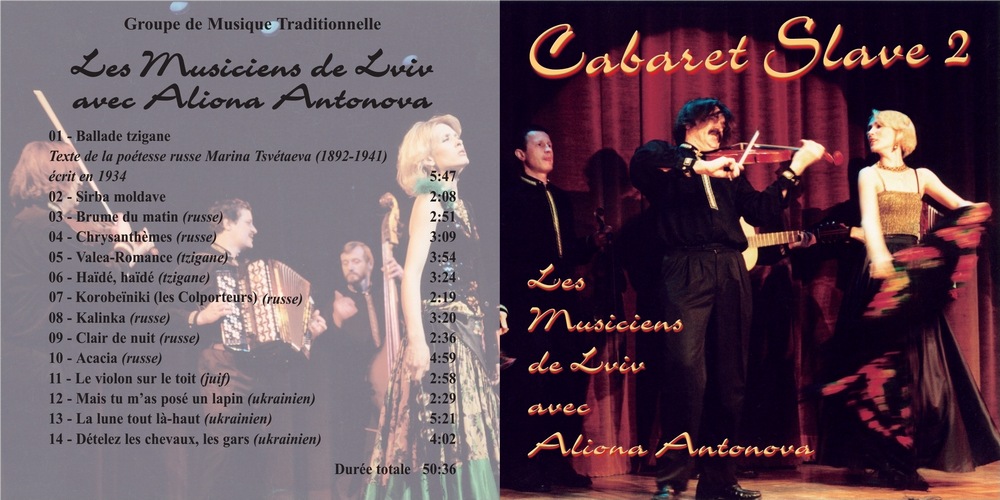 The «Slavic Cabaret» is still working under the same conditions that we created a long time ago.

At the end of 2014, I set up yet another new project, the «Masterpieces of World Music».

Someday, I caught myself thinking whether I made the right choice to stick just with the folk, years ago, but now I feel like wishing to expand the scope and to try myself in classical music, jazz, etc. But not everything can be done by musicians from our group, because of the specific of folk. So, I decided to go the other way, using the previously created soundtracks. The result of this idea's implementation is in front of you. Let me introduce you to our first new CD, «The Best», recorded in 2015.

In conclusion, I'd like to add that for me it was a happy time to work on this CD with outstanding musical teams and world-class musicians, even though it had to be done by playing virtually. I enjoyed every moment. I do not know whether it is my invention, but to achieve a different and interesting sounding of accompaniment I tried to combine playing my violin with the sounding of not only traditional musical instruments like piano, violin, oboe, or trumpet, but also of such as the Armenian duduk, the Romanian nai (multi-lateral longitudinal flute), Moldavian dulcimer, Scottish bagpipes, or Irish harp... It is a very interesting creative process not just a solo performance.

During the performance of the music, it turned out that we should not give up on previously acquired musical experience. That's why I decided to record another CD - «EuroFolk», in 2016. Musicians from the folk group «Slavic Cabaret» helped me to create the phonograms to this project. There is only a small part of the whole repertoire that we played and collected over the years. At the end, both CDs ideally completed each other, and the diversity of musical styles was balanced by my manner of playing.

I would be happy, if you take interest in my efforts to create a new type of music.